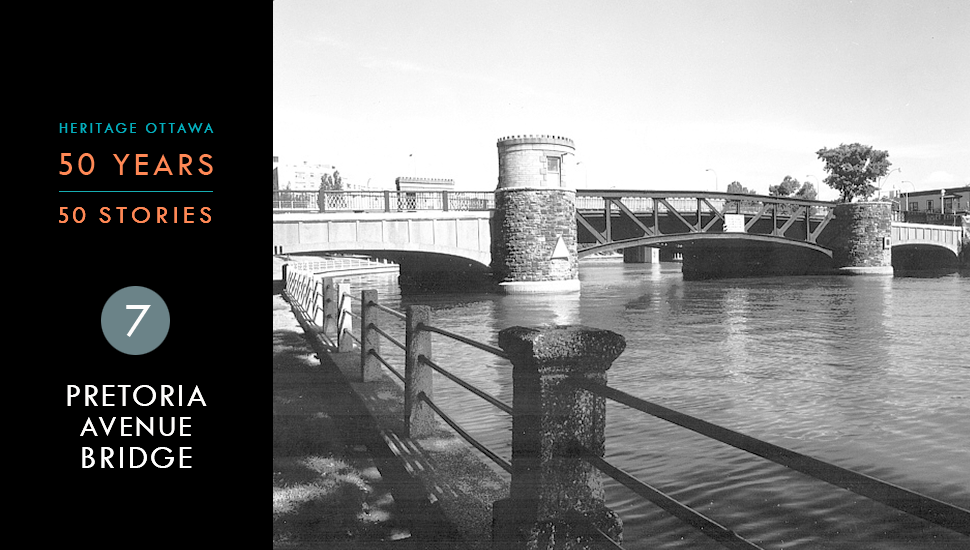 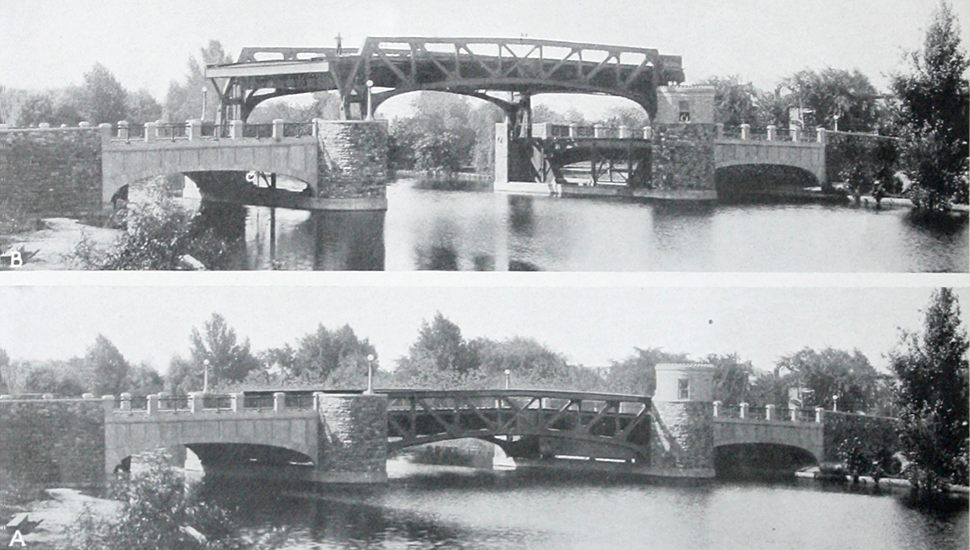 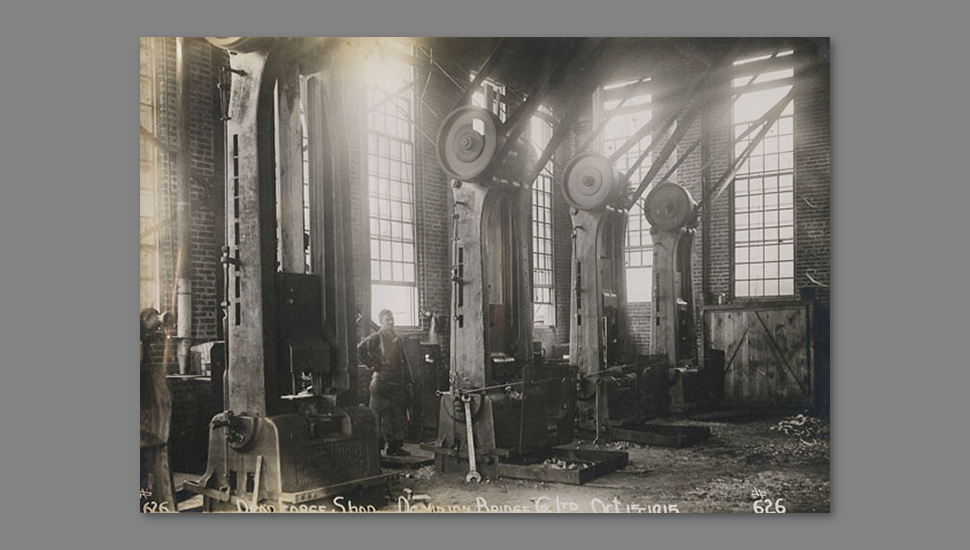 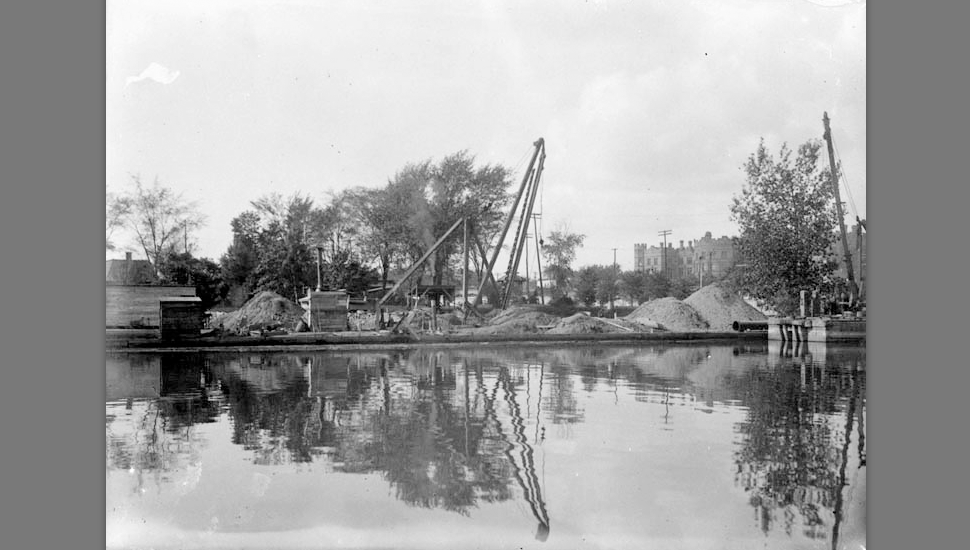 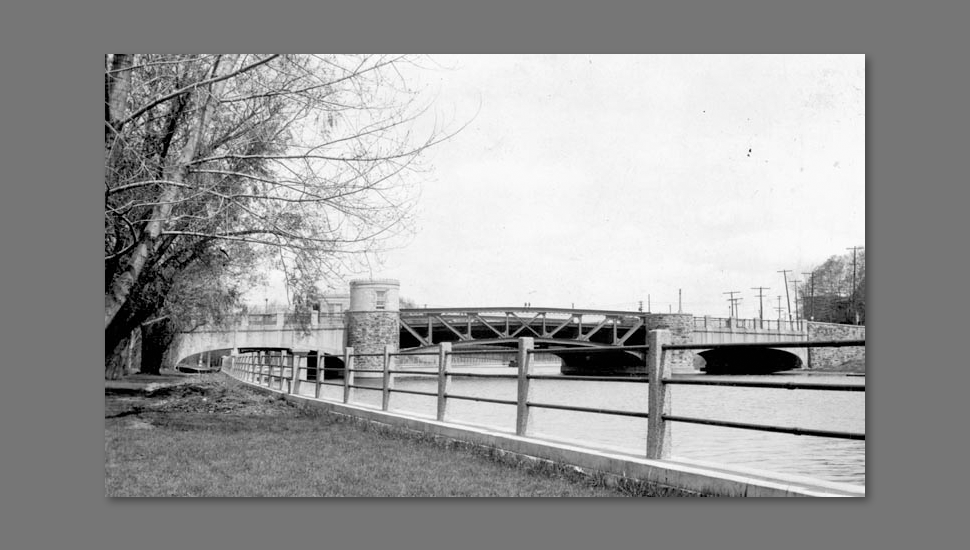 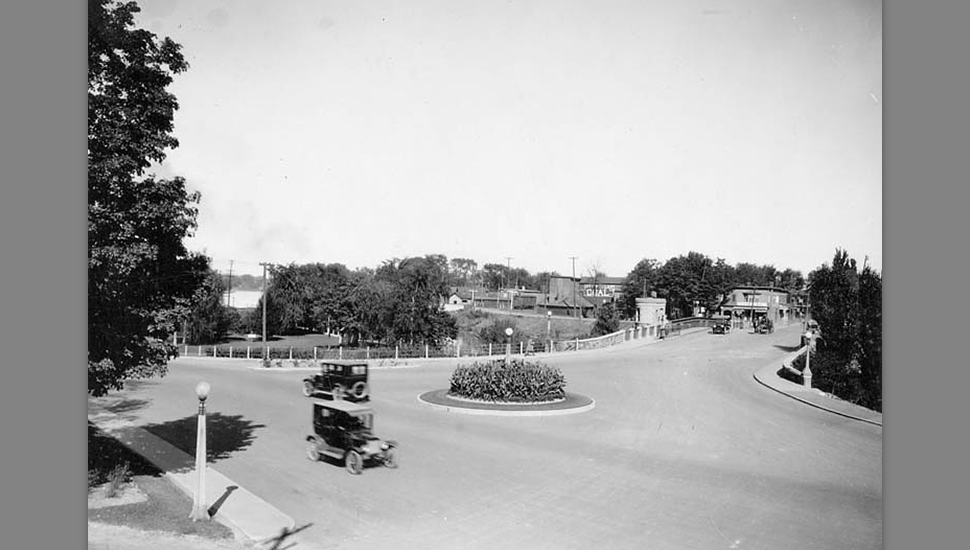 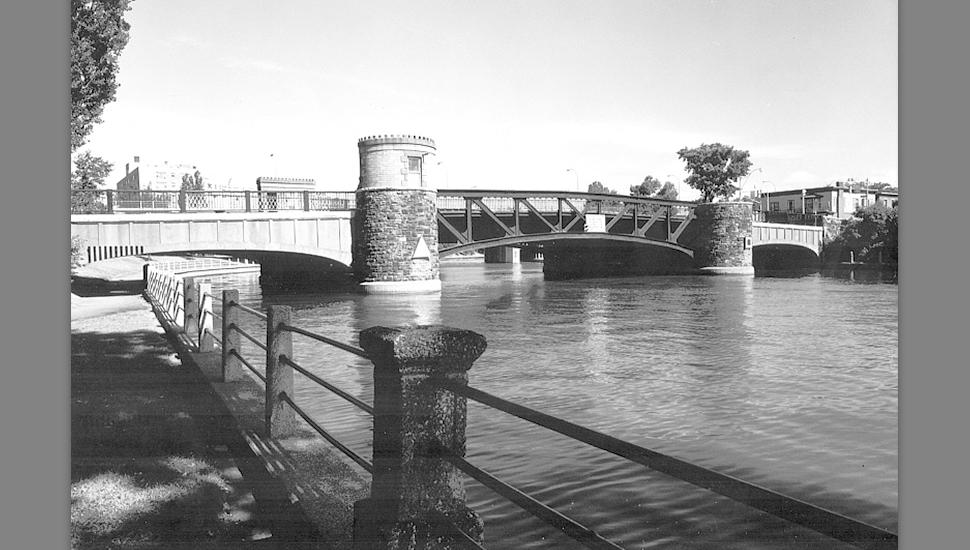 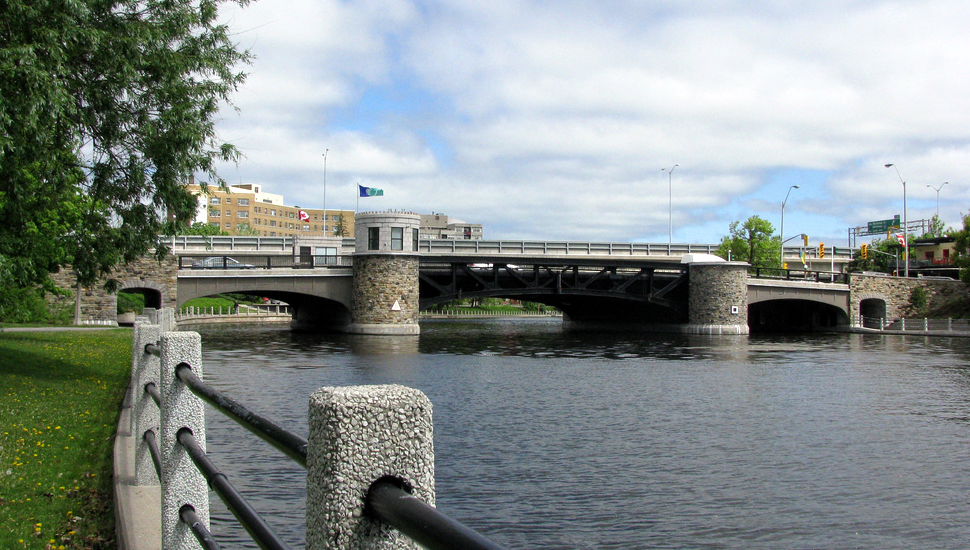 The Pretoria Avenue Bridge spans the Rideau Canal at Pretoria Avenue, linking Centretown and Old Ottawa East. Completed in 1918, it replaced the Argyle Bridge, an iron and timber swing bridge (1890) located just to the north.

Designed by the internationally renowned Strauss Bascule Bridge Company of Chicago, Illinois, the Pretoria Avenue Bridge was constructed by Roderick Brewder of Ottawa (substructure) and the Dominion Bridge Company of Montreal (superstructure). A complex feat of engineering in its day, the central portion of the bridge could be elevated to allow passage of watercraft below.

Unique among Strauss Bascule’s direct vertical-lift bridge designs, the Pretoria Avenue Bridge concealed the required counterweights and operating mechanism entirely below the floor of the bridge in its piers, eliminating the need for towers. The innovative design produced cost-saving benefits. Enclosing the trunnions protected them from weather, reducing maintenenance. The operating motors were not required to work against the dead weight of any part of the structure, eliminating power waste. This economical design was made feasible by limiting the height of the vertical lift to 6 meters.

In 1967 the City of Ottawa hired engineering consultants to examine the costs of repairing versus replacing the bridge, and to consider the feasibility of a tunnel.

In keeping with the regional government’s plan for high-speed arterial roadways, consultants recommended replacing the Pretoria Avenue Bridge with two new high-level spans, one on each side of the Queensway.

The proposal to replace the Pretoria Avenue Bridge ignited a battle that would be fought for the next 10 years.

Working in alliance with a coalition of community groups concerned for the future of their neighbourhoods, A Capital for Canadians (forerunner of Heritage Ottawa) took up the cause of of preserving the Pretoria Avenue Bridge.

The campaign to save the historic structure attracted some influential allies, including architectural consultant Harold Kalman, a member of Heritage Ottawa who tirelessly made the case for preservation based on history, aesthetics and cost.

In 1978, the City’s decision to replace the bridge in a heritage-sensitive manner led to the formation of the “Pretoria Bridge Replacement Committee” as advisors on the project. The committee included conservation architect John Leaning, vice-president of Heritage Ottawa at that time.

The original Nepean sandstone was carefully removed from the rounded piers and used for reconstruction. The bridge deck was widened and a new lift mechanism designed to replicate the original was installed.

“Saving a bridge was a new exercise for Ottawa conservationists, but the one spanning the canal between Hawthorn and Pretoria was worth it … The historic canal was to have another of those so-called cheap and nasty bridges. But eventually the conservationists won. … and we are all the richer for it.”

Reconstruction of the Pretoria Avenue Bridge spared the Glebe and the Golden Triangle from untold damage. The bridge continues to connect the communities of Centretown and Old Ottawa East.