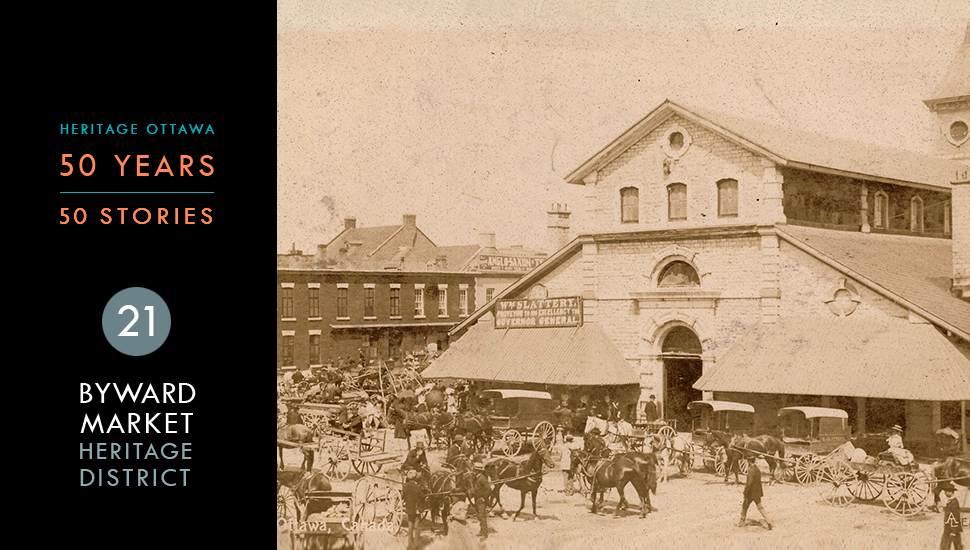 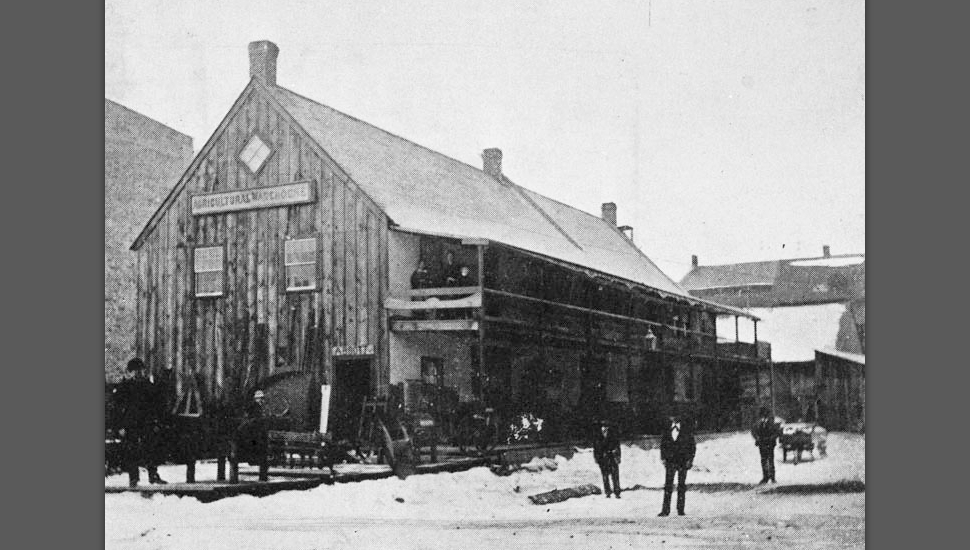 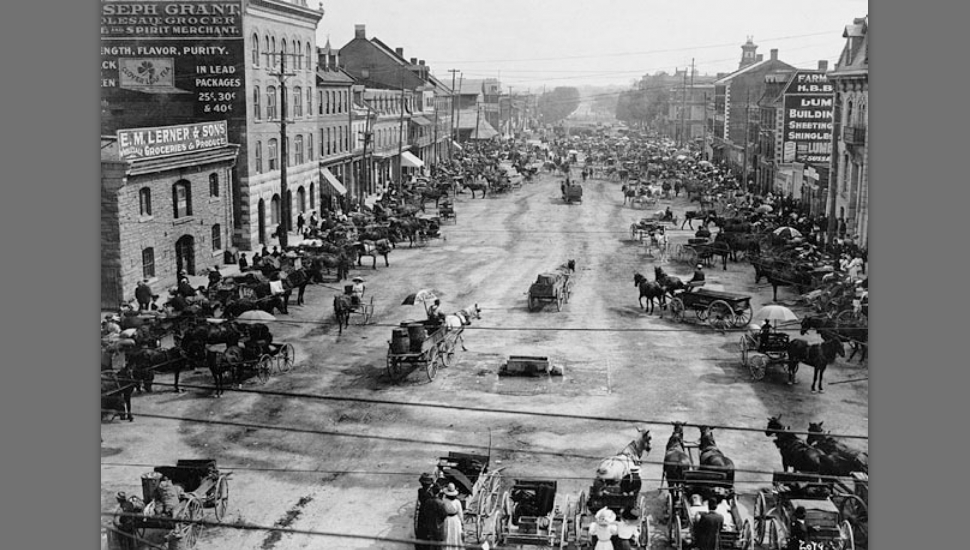 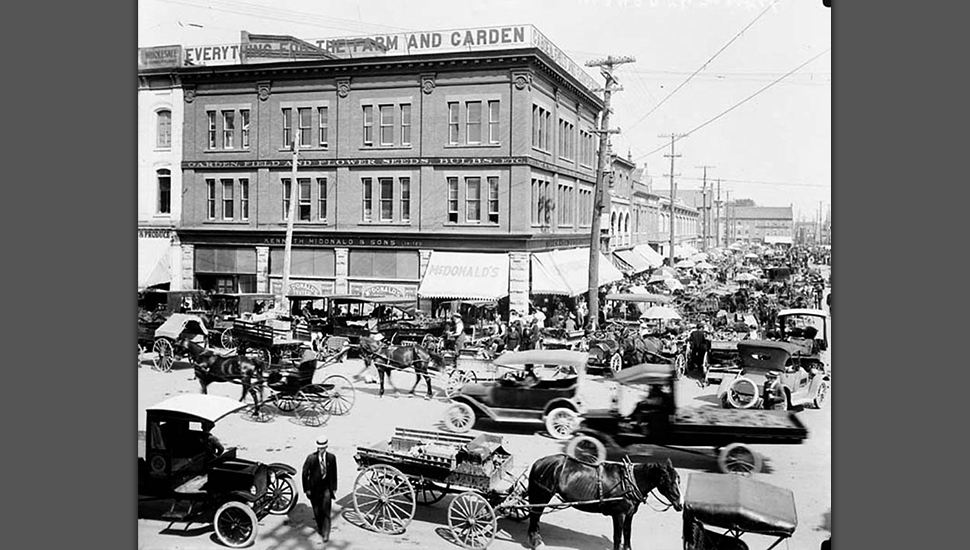 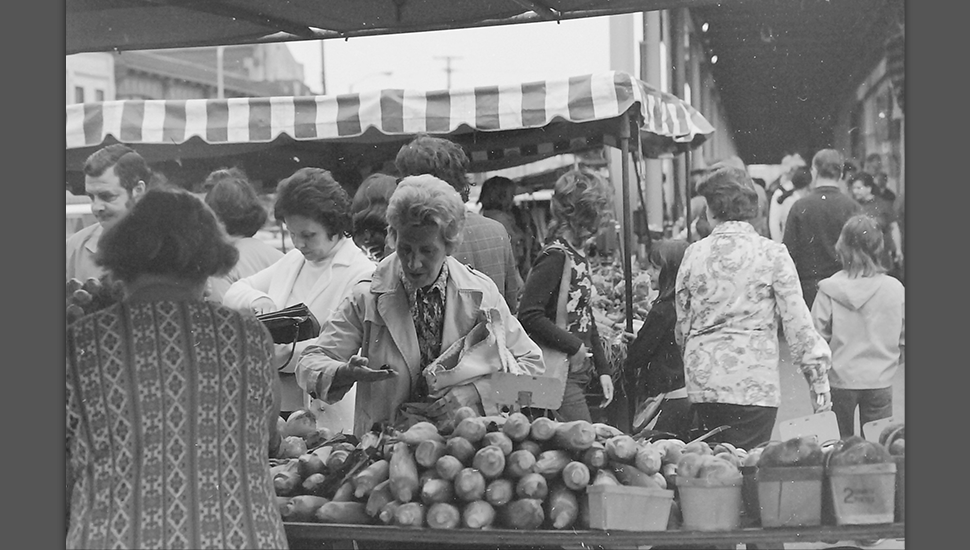 The ByWard Market in the early 1970s. Photo: Heritage Ottawa

The ByWard Market is named after Lieutenant-Colonel John By, who in 1827 drained and cleared the area’s dense cedar bog creating a commercial, non-military sector of Bytown to accommodate workers building the Rideau Canal.

The ByWard Market Heritage Conservation District is the most historic and vibrant part of Ottawa’s Lowertown. The commercial, residential and mixed-use buildings were constructed using a variety of architectural styles which reflect the area’s rich and diverse economic, social and cultural history.

The first market building in the area was established ca.1846 on the George Street axis between Sussex and William streets. Its orientation changed in 1865 with the construction of a new market building on William Street, and has remained constant since that time.

Heritage Ottawa and its predecessor, the heritage committee of A Capital for Canadians, drew attention to the heritage resources of the ByWard Market area in the early 1970s. In addition to organizing walking tours, Heritage Ottawa researched and photographed the area’s historic buildings.

On February 20, 1980, City Council approved a strategy for the ByWard Market area that recognized its importance to the city’s history, and the need to protect and preserve its heritage attributes.

As development pressures on the market area continued to mount, Heritage Ottawa and community groups spent months lobbying the City to finance a more comprehensive study. The ByWard Market Heritage Conservation District Study, led by architect Julian S. Smith was completed in 1990. The study included extensive research and analysis of the area, and recommended its designation under Part V of the Ontario Heritage Act and the creation of a ByWard Market Advisory Committee.

At its Annual General Meeting in September of that year, Heritage Ottawa gave special recognition to Julian Smith and his team for their efforts.

On February 6, 1991, City Council voted unanimously to create the ByWard Market Heritage Conservation District. The area comprised 50 acres of prime downtown real estate, including 15 city blocks and 160 separate buildings. A corresponding By-law (60-91) was passed March 6, 1991 and was subsequently approved by the Ontario Municipal Board.

As a result of the 2005 update of the Ontario Heritage Act, guidelines were established to address new development in the District and to provide a minimum form of design control. 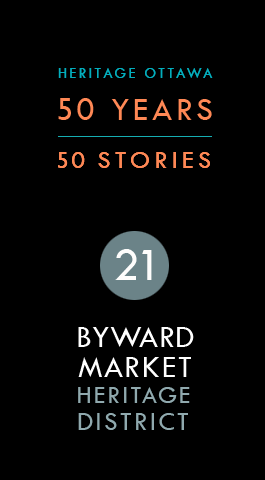